The sharp impact of pucks hitting the ice, the slicing of the hockey skate blades cutting through the ice and the occasional shouts from the sports fans are the sounds of Silvaplana during these three days. Play it like in the good old days! The Swiss Pond Hockey Tournament in Silvaplana lets ice hockey enthusiasts celebrate the original version of their sport. From January 22nd until January 24th, 2021 over 60 teams meet up to compete on the frozen Lej Suot. 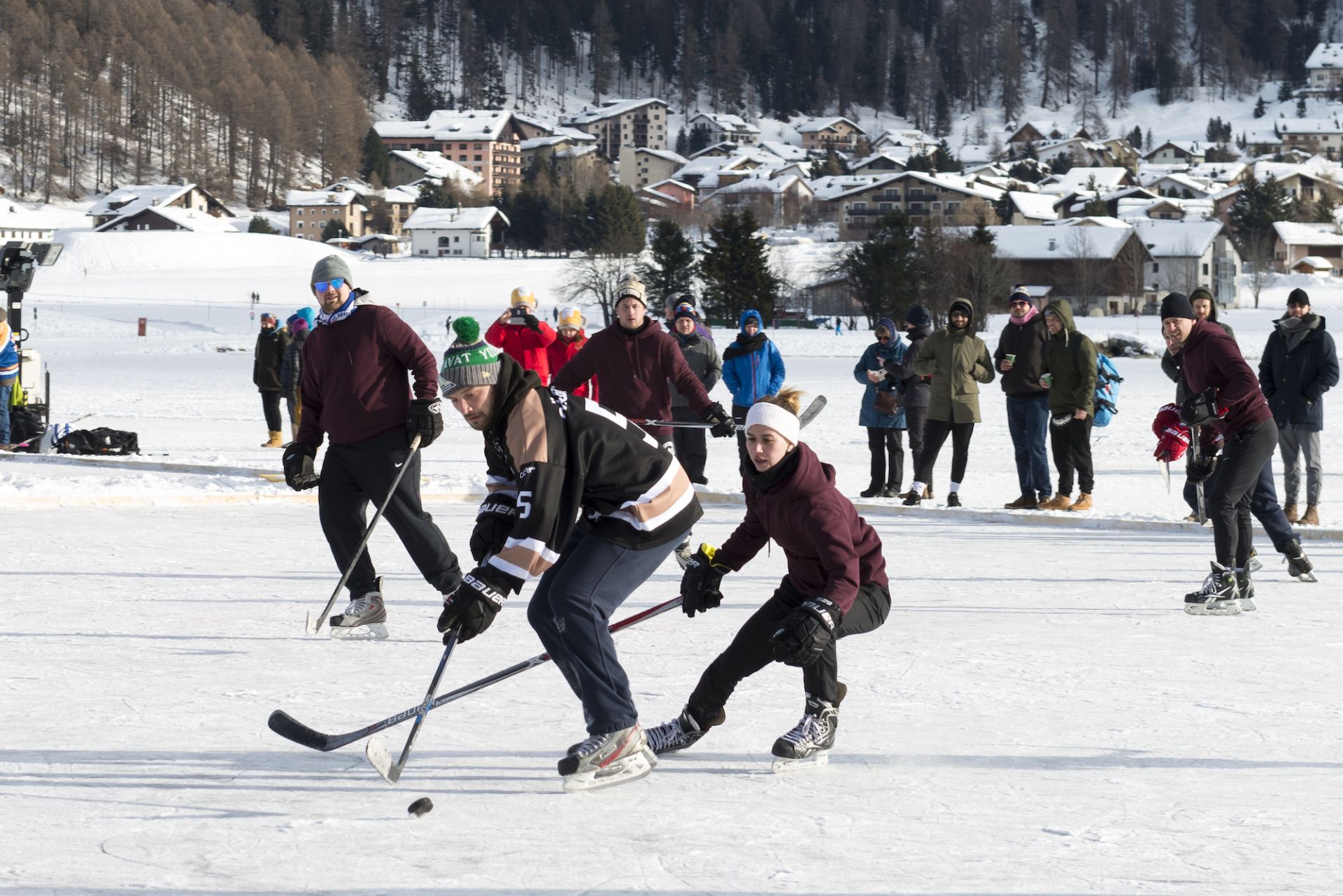 REGISTRATION FOR THE TOURNAMENT 2021

Click on the link below to register for the Swiss Pondhockey Championship 2021. 66 teams at most will be admitted. Teams who played in the tournament in 2020 have a guaranteed starting place for the next year's tournament if they register by 30 June 2020. All teams from 2020 that have not registered by 30 June 2020 will be put on the waiting list. Also all new teams will be put on a waiting list until then. The remaining starting places will be raffled off in the first week of July 2020.

About the Swiss Pondhockey Championship

True to the slogan “back to roots”, the players chase the black puck wearing either jogging pants, jeans or ski clothing. Only hockey skates, gloves, ice hockey stick, a helmet as well as shin and elbow guards are allowed in pond hockey. All other equipment is forbidden.

From Canada to Silvaplana
The origins of pond hockey - the pond tournament - lies in Canada: the motherland of ice hockey. Ice hockey tournaments have been arranged here on frozen ponds for along time already. The combination between an event, fun and competition caught the attention of 4 friends from Zurich. They brought the pond hockey concept to Switzerland, found partners in the Engadin local Menduri Kaspar and the town of Silvaplana and were able to make this crazy idea happen. The first pond hockey championship took place on the frozen Lake Silvaplana in 2007.

As in the beginning
Four against four, without a goalie, body checks and high shots are not allowed. That’s how the purest form of ice hockey is played. As in the olden days, there is no referee on the ice however per game, there is one official monitor called the “Courmonitor” who makes sure that all rules are followed. Games will be composed of two 15-minute halves, hard work for the players without substitutions. This strenuous and yet wonderful and simple way of playing is how pond hockey is characterized.